The digital versus print worlds have been at odds in the publishing industry for years, and while many people argue for one side or the other, smarter publishers have learned how to embrace both. The problem is, digital initiatives can be expensive and out of reach for many independent publishing houses.

Union Park Press here in Boston is one such indie publisher. They put out great titles on history, arts and culture in New England, and they were seeking a 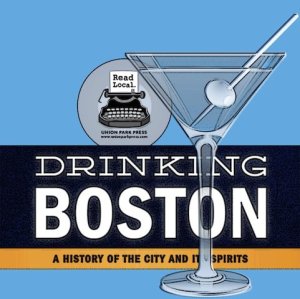 creative way to market their latest title, Drinking Boston: A History of the City and its Spirits by Stephanie Schorow. And that’s the reason that those who pick up this title–suitable for both the history buff and the cocktail aficionado–will find a QR code in an unlikely place: on the book’s cover. The QR code leads to a TourSphere tour of the book’s bars and pubs–a virtual pub crawl that, with the help of the interactive map in the app, helps to bring the book to life and allows the user to retrace the book’s steps through the city.

Creatively marketing a book through a free app is something new to indie book publishing, which until now has seen apps and digital marketing as often outside its budget. When apps cost tens of thousands to develop, it’s hard to justify them as part of a small title’s marketing budget. But TourSphere was able to provide Union Park Press with a creative solution that addressed the issues normally faced with digitalmarketing:

Drinking Boston’s virtual pub crawl app offers a dynamic addition to the book and helps connect users to its content. By launching a PR campaign around the app, Union Park Press is also able to garner additional attention for the book and engage app users who may then be interested in a more robust history in print.

For more information, or to check out the Drinking Boston app, visit http://drinkingboston.toursphere.com/en/.